What’s a “Reasonable” Person When it Comes to Negligence?

For most personal injury claims, you must prove that the other party was negligent to recover compensation for your damages.

Negligence is the basis for injury claims arising from:

Who is Considered a Reasonable Person?

Another example might be a store owner failing to clean up a spill. A reasonable person knows that a spill makes the floor slippery. If they do not clean it, the spill could cause someone to fall. Therefore, a reasonable person would clean up the spill as quickly as possible or take other steps to prevent someone from falling.

The Reasonable Person Standard is Not the Same in Every Case

The facts and circumstances of the case dictate the standard used for a reasonable person. Using this standard does not mean that a person must be perfect. It only means that the person acted with reasonable prudence.

Children Are an Exception to the Reasonable Person Standard

Children may be exempted from the reasonable person standard in some cases. A child lacks the knowledge and maturity of an adult. For that reason, a child cannot be expected to act with the same level of prudence and reasonableness as an adult in certain situations.

The court may apply a modified standard for the reasonable person test for children. The child’s actions may be measured against what a child of the same age, knowledge, and experience would do in a given situation.

The court uses the facts of the case to determine what standard should apply. Therefore, it is difficult to determine in advance what a judge may rule in these types of cases.

Who Decides What a Reasonable Person Would Do in a Given Situation?

The jurors stand in the shoes of the reasonable person. They listen to the evidence presented by each party to determine the facts of the case. They decide what a reasonable person would have done under similar circumstances.

Personal injury lawyers often argue that the defendant could have taken steps to prevent the injury or harm. The hypothetical “reasonable person” can play a significant role in whether you recover compensation for your damages.

To prove negligence, you must show that: 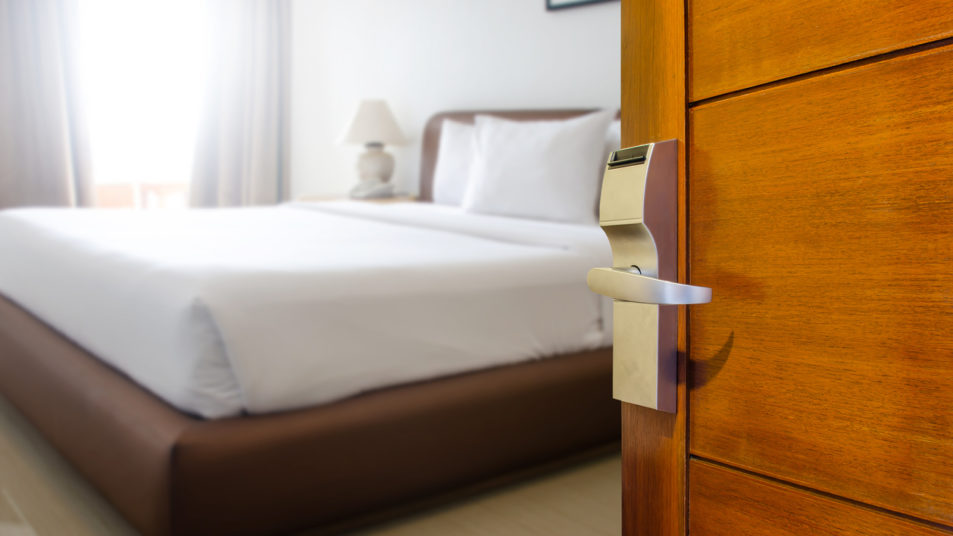 Something Was Stolen From My Hotel Room—Who’s Liable?

Imagine you are on the road and decide to spend the night at a hotel. You check in, carry your stuff to your room, and get settled. Over the course of the night and the next morning, you are in and out of the room—checking out the pool, exercise room, and breakfast. When you gather your things to leave, you realize your laptop is missing. After further investigation, it becomes clear it was stolen.

While we all hope this nightmare scenario never happens, it is good to be prepared and understand the law regarding such an issue. More specifically, if something is stolen from your hotel room, who is liable?

While there is no easy answer to that question and there are a thousand different factors that could produce a thousand different answers—which state you are in, whether or not there is clear signage noting the hotel’s liability and policy, whether or not there is a safe—there are several general rules that can help determine liability when something is stolen from your hotel room.

Just about every state in the country has what are known as Innkeepers Laws. Innkeepers laws govern a range of issues related to hotels and the entire hospitality industry. For example, innkeepers laws cover things like:

Innkeepers laws also cover the issue of liability when something is stolen. Because dollar amounts and exact verbiage of the laws vary from state to state, it is important to understand the rules in each state to which you travel.

By way of example, consider the innkeepers laws in the state of Massachusetts. In the Bay State, a hotel is only liable for up to $300 of lost property for things like luggage, clothing, and money. However, if you deposit money or jewelry to be watched by the hotel, their liability goes up to $1000.

Other states might have rules about safes in the room and signage stating the hotel’s policy and liability limit. For example, if one of your valuables is stolen and you hadn’t put it in the safe then the hotel might not be liable.

Tips for Keeping Your Stuff Safe While Traveling

For the most part, innkeepers laws tend to favor hotels and inns. For that reason, it is important you educate yourself before you hit the road. You will want to make sure you read the hotel’s policy on items that are stolen and what you have to do to make sure your valuables are protected.

If a hotel room you are staying in has a safe, you might want to consider placing your valuable items inside of it whenever you are not in the room.

One other option that might be a good idea is traveler’s insurance. Most traveler’s insurance policies cover items that are stolen from a hotel room. Of course, the amount covered depends on the policy so you will want to make sure you get a policy that meets your needs.

Finally, if something was stolen from your room and you feel the hotel is responsible but they are stonewalling you, you may want to consider contacting a personal injury lawyer. A good lawyer will be able to investigate your case and determine whether or not the hotel should pay up.

Of course, not every item that is stolen will warrant legal action. But if you have had something truly valuable stolen from your hotel room, there might be steps you can take to seek justice.